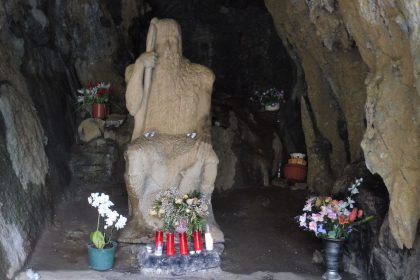 Basajaun, which literally means ‘Lord of the Forest’, is one of the main characters in Basque Mythology and just one of several characters we introduce on our Total Basque Mountain Culture Walking Holidays. He is depicted as a large, hairy human-like creature who makes his home in caves deep in the forests of the Pyrenees, the mountain range which runs across the northern Spanish/French border. 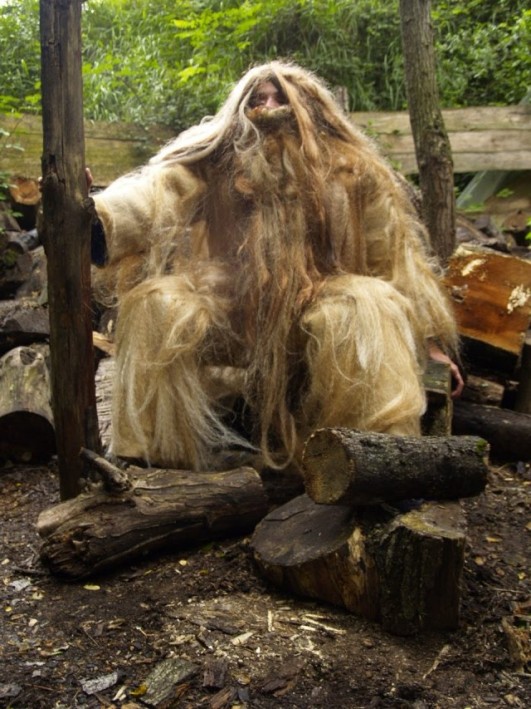 “Basajaun” by own – Norberak egina. Licensed under FAL via Wikimedia Commons

It appears that the myth of the Basajaun goes back thousands of years (if not more) with some comparing him to the ‘Yeti’ of the Himalayas.

Basajaun – The Friend of Shepherds

What we brand as myth today, was once the religion of early animist Basque dwellers and the more simple explanation is that the Basajaun, with his immense shaggy appearance, facial and body hair and a knotted mane reaching down to his knees is merely a personification of a wood spirit. However, surprisingly, despite his huge bulk and intimidating appearance, many stories of the Basajaun talk of a benevolent giant: a guardian of the woods and of flocks of sheep and a friend to the local Basque shepherds. The mere presence of a Basajaun near the flocks of sheep would have been enough to frighten away the packs of wolves that inhabited this area over 100 years ago and who, at that time, were the sheep’s main predators. This in itself is enough to have put the Basajaun in a positive light. Other stories say that when a storm was on its way, he would warn the farmers with his cries giving them time to bring the herds down to safety from their mountain pastures. Stories such as these and other mythological characters are introduced on our Total Basque Mountain Experience Holidays.

Nevertheless, there is a far more intriguing characteristic associated to the Basajaun and that is of a teacher of men; a creature who had developed skills in milling, forging and crop cultivation and taught these skills to the local population. Stories tell of how the Basajaun was adept at making tools and is said to have shown the famers how to make mills axels and saws and melt metals. Although the image of the Basajaun as a ‘modern man’ (in prehistoric terms that is), seems less plausible, there is an interesting theory that supports it. This theory proposes that the legend of Basajaun originates from the proto-Basque interaction with the Neanderthals which are known to have co-inhabited these forests with our homo-sapien ancestors for almost 10,000 years. Although the reason for the extinction of the Neanderthals around 40,000 years ago is still not clear, anthropologists have proven that at this time the Neanderthals were actually more developed than the existing homo-sapiens. The Neanderthals are credited with erecting the first monoliths and constructing wooden huts within the caves where they lived. They are shown to have been proficient hunters and tool-makers, mastering the art of making glue from birch-tree resin which was used to bind stone to wood to make certain tools. It seems that the parallels between the Basajaun and Neanderthal man are strikingly similar. AND coincidently – or not – one of the last places for the Neanderthal to die out were here in the Pyrenees in the north of the Iberian Peninsular.

Is it possible then the myth of the Basajaun is as old as the Basque people themselves? That the first Basajaun of Basque mythology was really born of Basque pre-history? That the Basajaun was really a Neanderthal co-inhabiting the forests of the Pyrenees with its homo-sapien cousins – just like the Basajaun is supposed to do today? You can learn more about Basque Mythology and pagan traditions on our Total Basque Mountain Experience Holidays. 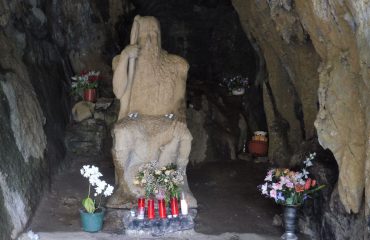 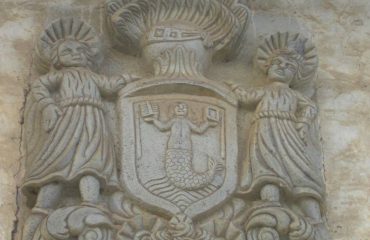 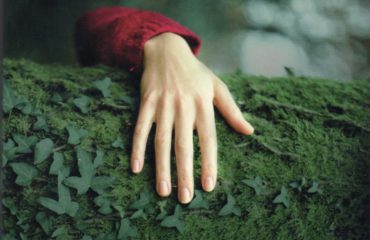