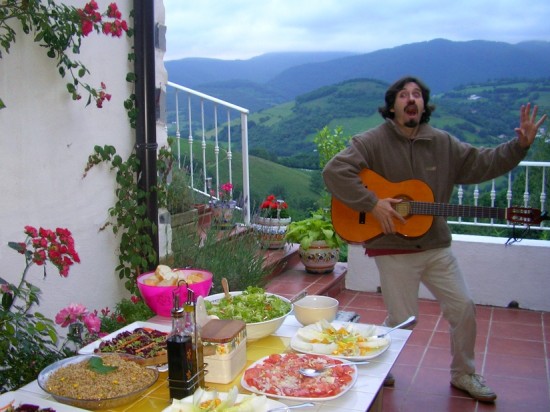 Edorta sings us songs in Basque, English, Spanish and Catalan

Once again thank you to Francois Grosjean, Ph.d. Emeritus professor of Psycholinguistics at Neuchâtel University, Switzerland, for his latest blog on bilingualism and personality change. Without falling into boggy ground over the definition of personality (something so difficult to define and yet something we are so acutely aware of ) the question ‘do our personalities change when we change languages?’ is fun to ponder. It even appears that bilinguals themselves are totally divided as to whether they think their personalities change with the languages they speak.  As always, my favourite guinea pig is my tri-lingual daughter Marion (See blog: Trilingualism and the Maternity Ward): Is she actually a politer person in English not only because English has more PLEASES and THANK YOUS than the Basque but also because her only models of English here in the Pyrenees are the dulcet tones of a genteel mother (ONLY to make a point!) and the mild censored expressions on cbeebees (the BBC children’s channel)? And why does she tend to choose Spanish as the language of drama and mimickery? Is it because at her Basque school, Spanish is the language of the playground, the language of make-believe role plays, rhyming songs and skipping games with her friends?

And is it my imagination that she seems to be more direct and prosaic in Basque? Does this have anything to do with the very rural and traditional Basque life she lives here with her Basque relatives on their farms?

Does she change personality or is this only my perception of her? Or is it simply that just like all monolinguals she adapts her language to the various social situations she is exposed to? Most of us speak in different ways at work, at home, or with our mates down the pub and this creates subtle changes in our vocabulary and mind set.  Such expressions as “would you mind moving” v “budge over mate” are triggered by their own particular set of social and linguistic queues. Likewise every language comes within its own particular social, linguistic and emotional context.

Is it a surprise that the study that François mentions shows that people with apparently higher levels of emotional intelligence tend to be more in favour of the idea that personality changes with language? Perhaps this is because on the whole they are more sensitive to the changes in their environments (whether they require a total change of language or not).

But no language stands alone and it also comes with its own body language too. In Sweden I found that there was a distinct avoidance of eye-contact on public transport, less meaningless smiles and less superficial social interaction.  In contrast, when I lived in Modena, the Italian trains bustled with laughter, noise and gesticulation. Years ago I remember watching a documentary that counted the number of smiles made by a Danish and Italian TV reporter in similar situations. The results were of no surprise to anyone.

So, is it possible that languages typically accompanied by more smiles, visual contact and gesticulation (i.e. Italian or Spanish rather than Swedish or Finnish) can actually make you ‘feel’ brighter? Don’t NLP studies suggest that the way you carry your body can affect the way you ‘feel’ .. perhaps even the way you ‘think’? And then again would this constitute a personality change or just a change in mood?

Could traumatic experiences living in Italy taint the whole language with notes of depression? Or a passionate love affair with a Swede imbue the language with positive feelings (and slightly more expressive body language too!) How did it feel for the Basques to be forced to speak Spanish for fear of punishment during Franco’s regime? And of course, does all this actually change the speaker’s personality when he speaks another language or  merely his mood? Do these changes simply reflect his level of emotional intelligence and sensitivity to his surroundings? I am still looking for the answers. For those who are interested in reading in more depth here is Francois Grosjean’s post in Psychology Today.

Cultural Awareness …. or Not. Kissing the Danes. 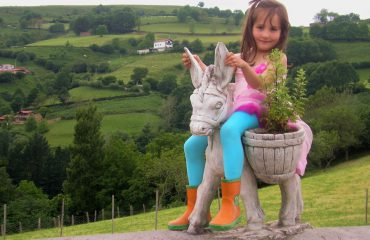 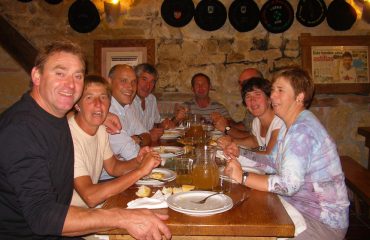