Seeing Life in Colours – and the need to expand our vocabulary! 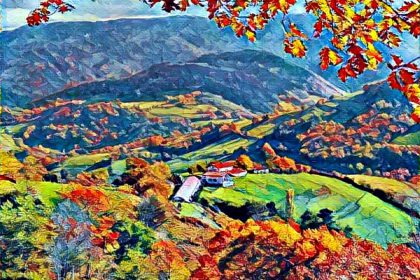 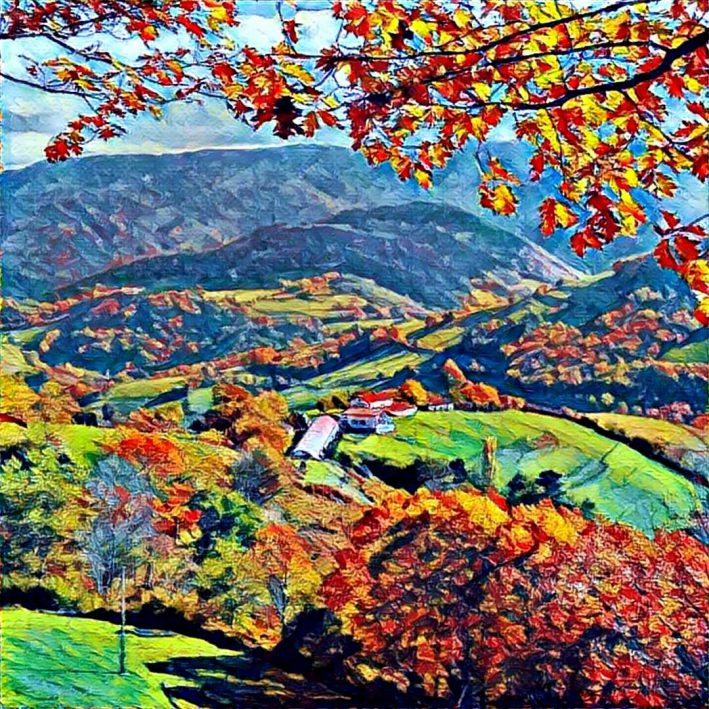 Colour definitions  – do you see what I see?

How colour definitions vary between cultures:

Turquoise is a bit of a worry in our family. For me, at one point it is decidedly more ‘bluish’ and for my Basque daughter, that same blue / green shade is decidedly more ‘greenish’. Our colour definitions are different and where one colour bleeds into the next colour causes much debate. “Marion – would you please give me the blue bag over there? is a seemingly easy request for a normal 12 year-old child. The reply may be: “But mummy, there is only a green one.” In Basque there are two separate words for blue ‘ordiña’ (which is also used to describe the ‘greying’ process as people age) and green ‘berdea’, (which is of more recent Latin origin) and it has become obvious that the colour definitions between English and Basque are different. Nuances can be lost in a direct translation.

Blue and green or green and blue?

Physiologically, so I have read, it seems that the brain perceives blue and green very closely. In fact numerous languages use the same umbrella term to describe both ‘blue’ and ‘green’ – and often ‘grey’. Look at quing in Chinese – ya-ax in Maya and havasu in the river Yuman languages. What about the beautiful term ‘glauque’ in French that denotes a colour somewhere between a pale blue and a light, shiny grey.

Although it has been proven that we all have the same physical ability to perceive colours, studies such as those of the cattle-herding Nimba tribe of northern Namibia (article by Rachel Adelson of the American Psycohological Asociation) (http://www.apa.org/monitor/feb05/hues.aspx) show that colour definitions and colour banding is completely relative to language and culture.

For example, the colour terms used by the Nimba tribe include  ‘serandu’ which, in English, would be a group of reds, oranges and pinks and ‘zoozu’ which collectively embraces dark colours such as dark blue, dark green, dark purple, dark red, dark brown and black.

Which comes first ‘thought’ or ‘language’?

We have all heard anecdotes of the Inuit’s many definitions for snow. And so a common question arises. Do they actually see snow and all its various shades of white differently from us – or do we all see the same thing but they are able to describe the differences better?’. The answer tends to be both.

Experiments on colour definitions were conducted on the children of the Nimba tribe over several years. They showed that as the children learned more and more terms for the various shades and hues of colours they were then able to identify these colours more quickly. They were also able to recall them more easily in their minds afterwards. This was a feather in the cap of the Sapir-Whorf hypothesis: that language can shape thought rather than the common theory that thought comes before language.

The importance of expanding one’s vocabulary

So, can we deduce from these studies on different colour definitions, that perception is affected by other facets of language too? Can we extrapolate and say that the richer our vocabulary is to describe the nuances of something beautiful (i.e. pretty, stunning, inspiring, sweet, cute, majestic, fantastic, attractive, arresting  etc.  – instead of the ubiquitous exclamation of ‘cool’ or ‘neat’) the more heightened is our perception and experience?

What happens if we then learn a foreign language – or two? Does this develop our descriptive powers further and heighten our sensitivity even further to the bonito, hermoso, gracioso, maravilloso, estupendo world about us?

Whatever the conclusion is – developing our vocabulary in any language, and starting with our own – is no bad thing. Numerous studies, especially those on Alzheimer’s, advocate the learning of language as part of mental health. We are not all linguists, but even within our own language there is so much range and variety, colour and subtlety to explore. Having a more varied vocabulary may just make us more varied,  colourful and subtle people as a whole!

*A quick test on the colour definitions we talked about above: Which of the two words ‘zoozu’ or ‘serandu’ in the Nimba language was used to denote dark colours? Don’t look. Even if you can’t remember – have a stabbing guess – and you will most probably be right. Why? (We are now touching upon the world of ideophones, onomatopoeias and synaesthesia ….) Opps – off to sweep the terrace before I get myself into more trouble!!!

P.S. This article is dedicated to my mother and her passion for crosswords and the English language.