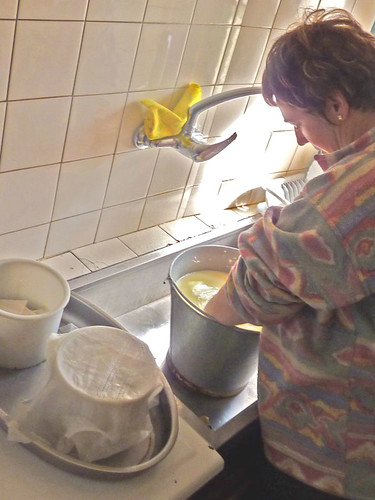 A guest post from Veronica of La Recette du Jour.

We took the opportunity of living a few months at Iaulin Borda in Ameztia in the Navarran Pyrenees. It is next door to a sheep farm run by Sagrario and her husband, Ignacio, so we to went over one day to find out how our neighbour makes cheese. She has about a hundred sheep and for part of the year makes cheese in her kitchen every couple of days. It’s a surprisingly simple procedure, requiring little equipment.

You will need:
about 7-8 litres of this morning’s sheep’s milk (I expect cow or goat milk works just as well)
about half a teaspoon of liquid rennet or other coagulant (I’m told nettles work, but I haven’t tried them yet)
A large metal pan or bucket to hold the milk
a thermometer
a large wire whisk
a cheese mould lined with cheesecloth

It goes without saying that all your equipment must be scrupulously clean. First of all, heat the milk to 36 degrees C. Turn off the heat. Add the rennet to a very small amount of water, about a tablespoon (just to make it dissolve better). Pour into the milk and mix thoroughly with the whisk. Leave to stand for 20-30 minutes. Sagrario told us that you could achieve the curdling by dangling a bit of tripe in the milk, but she prefers liquid rennet!

At this point the milk should have thickened to a lumpy, yoghurty consistency. Don’t proceed to the next stage until it does. 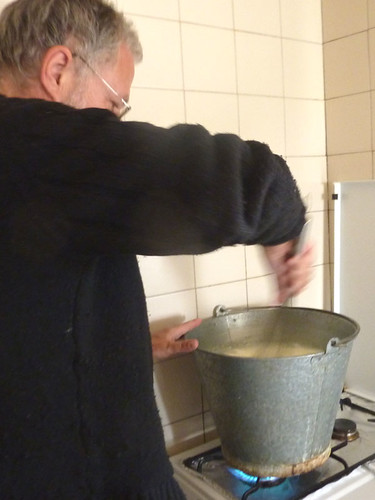 Reheat the milk to 39 degrees C, whisking constantly to break up the curds. According to Sagrario, this is important to kill all the bugs and prevent your cheese from ending up full of maggots. Remove from the heat and set aside to settle for 5 minutes.

Plunge your hands into the bucket and grope around the bottom, pulling all the settled solids together. Lift out your large and dazzlingly white lump of cheese, squeezing with your hands to firm it up and get rid of some of the liquid. Press into the lined mould and squish it down as hard as you can.

The cheese is left to drain for 24 hours, then put in a cheese press and squeezed further before being left to mature for two months. The resulting hard cheese will keep for up to a year.

There was a lot of liquid whey left over in the bucket. “It’s not wasted,” Sagrario assured us. “You can take this liquid and boil it up. Lots of froth will appear on the top. You can scoop this off; it’s called requesón, and it’s delicious.” A check in the dictionary confirmed that this was curd cheese, the word literally meaning “re-cheese”. And later we realised that the word ricotta (re-cooked) in Italian expresses exactly the same principle. 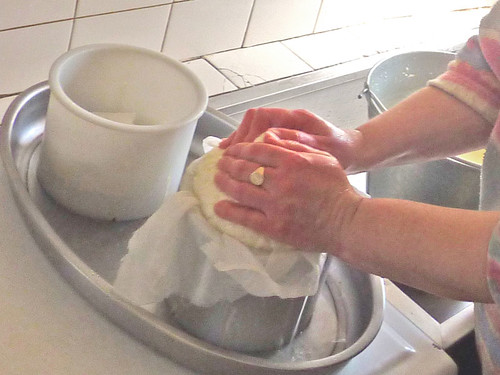 Even simpler is cuajada, a very simple and delicious dessert  made in small clay pots that’s often served as a dessert with honey or sugar. It’s basically junket; the sheep’s milk is simply curdled with rennet as in the first stage above, and then left to set in pots. I’m going to gather some nettles to make my own rennet for this. 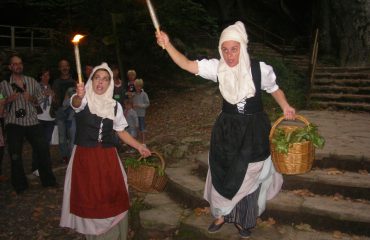 The Witches of Zugarramurdi – the scene was set!

Beyond the Michelin restaurants San Sebastian has to offer 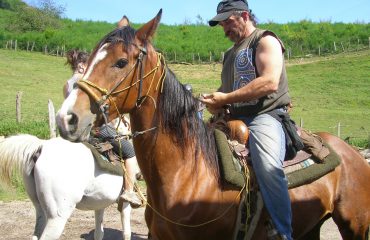