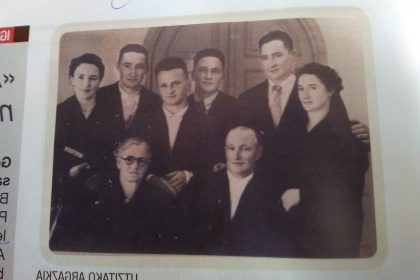 The origins of the Basque people has been a subject of great debate, and of great political interest. Here is a study on the people of the Baztan Valley, a traditional Basque valley in the northern Pyrenean valleys of Navarre which throws some light on the subject.

In 2010 a team of scientists from the University of the Basque Country headed by professor Marian Martínez de Pancorbo with over 30 years of experience in the field of population genetics carried out a study of the genetic lineage of the people of the Baztan Valley with interesting results. Their studies were based on the DNA taken from blood and saliva samples of a group of volunteers, and proved that the genetic lineage of the Baztan people – on both the maternal and paternal side – goes back some 15000 years to the Palaeolithic or stone age. 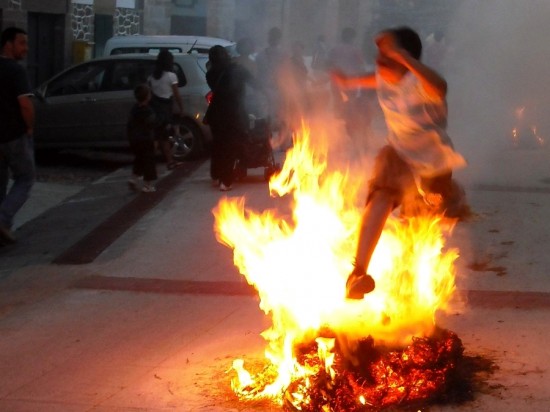 People of the Baztan Valley at their Midsummer’s celebrations

These genes are commonly found among other western European groups but appear at a much higher density in the people of the Baztan Valley. One scientific explanation for this is that the Baztan people were part of the early migrations of people across Europe at the end of the last ice age, moving away from their stone age refuges in non-glaciated pockets of Europe and slowly repopulating western Europe as the glacier subsided.

These Basque Pyrenean valleys of Northern Navarra escaped glaciation and formed an ice-age refuge for the indigenous populations. In brief this theory supports the idea that the people of the Baztan Valley are some of the early ancestors of many Western Europeans. One arguement as to why these genetic strains remain so densely represented in the Baztan Valley to this day is due to the geography of the area. The Baztan Valley (as well as the other valleys along the tributaries of the Bidasoa river) are narrow and winding, surrounded by deceptively menacing and uninviting mountain peaks which over the centuries have kept invading armies at bay (e.g. the Romans and the Moors). 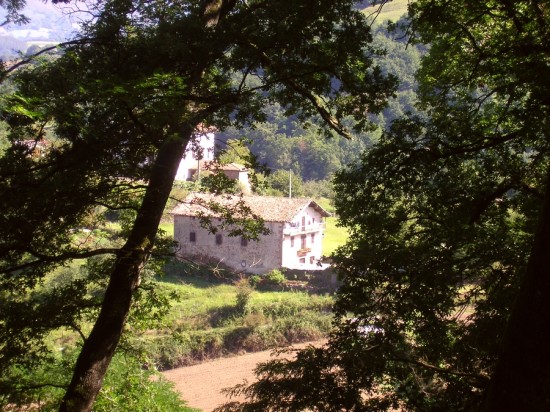 Approaching Elizondo in the Baztan Valley

Nevertheless, the vicinity of these valleys to the Atlantic means that the climate is not that harsh and pockets of fertile land and small flood plains have allowed small populations to eke out a living. These little-transited and mysterious Baztan valleys still preserve their culture, tradition, language (and genealogy) with minimum interruption from the outside world.

Carnivals in Ituren. Recognised by UNESCO.