Spanish Courses in Spain – are they really necessary? 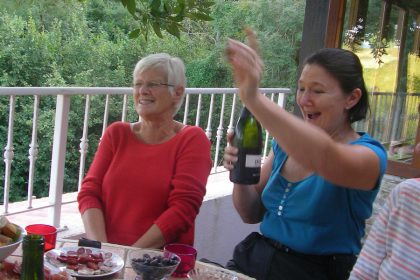 Spanish language courses in Spain – which one do you recommend? Where should we go? Where is the best place to study Spanish in Spain? I hear the question again and again and I am usually quite baffled by the insistence on a formal Spanish course and the intent search for a formal Spanish school in Spain. Surely a fun Spanish teacher in an adult education classroom in Solihull can teach just as well as a fun Spanish teacher in a classroom in San Sebastian? (And it is unlikely that there will be any other native Spanish students on either Spanish course – unless they are a bit dopey and got the wrong classroom by mistake!). Surely … I ask you all … and please correct me if i am wrong … isn’t it everything BUT the Spanish school in Spain that is of interest? The fiestas, the life in the plaza, the tapas, the wine … in short … the Spanish people themselves! 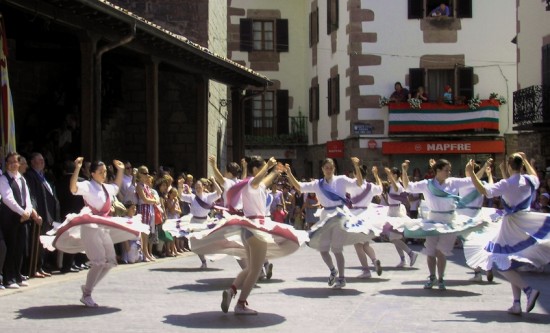 So rather than talking about a Spanish school in Spain, let us presume that the real question is how do we go about mixing and mingling with the Spanish people? Love affairs are great (but perhaps not everyone’s ‘cup of tea’ (how British!) and a brush with the law may be going to rather unnecessary lengths to put your Spanish verbs to the test … so let us look at more orthodox methods. A home stay with a Spanish family is a great start and, although one is never certain whether one will find things in common with one’s hosts, if you are lucky enough to hit it off this can be a great way to make new Spanish acquaintances and friends. Another way would be to join activities or interest groups aimed at the local population.

When Steve and Veronica stayed at the cottage this summer, they joined Iziar and Lorea’s cooking course in Santesteban. (Haizea and Lorea are sisters who run my very favourite restaurant Donamariako Benta which can be found just over the hill in Donamaria). Although the course was aimed at local house wives, and I am sure that Veronica already knows how to make a good Béchamel sauce, ( do look out for her recipes on La Recette du Jour), I know that their Spanish came on leaps and bounds with the other Spanish participants from the valley. What about looking up archaeological digs, furniture restoration courses, Reiki courses, yoga sessions, flower-arranging sessions, voluntary work, mountaineering clubs etc. advertised for local people in regional newspapers or on public library walls ( NOT THE TOURIST OFFICE)? Granted, you may need some help with the translation, (and in this case you could ask the tourist office to help), and you may need to take a deep breath (or the odd glass of tinto ) before you walk in the door for the first time … but the Spanish are usually friendly, welcoming people with a good sense of humour and a useful smattering of English for use in emergencies!

Surely it is worth a try, and you may enjoy yourself far more than on a Spanish language course in a sterile Spanish schoolroom with everyone but the Spanish! 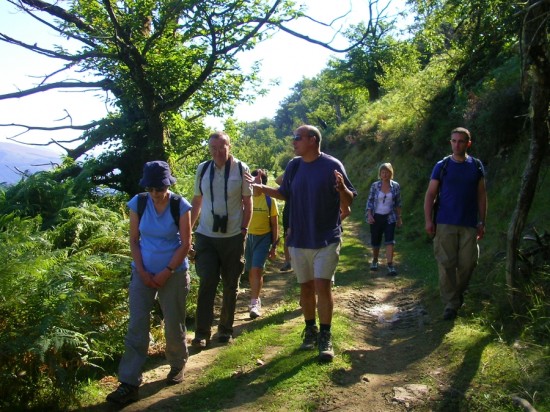 Walking the hills of Ameztia with Spanish friends

From personal experience, my Spanish took a great step forward when I first came to Spain 13 years ago and joined Haciendo Huella, Alfonso Monge’s weekend rambling groups in Madrid. I was the only English person in the group! 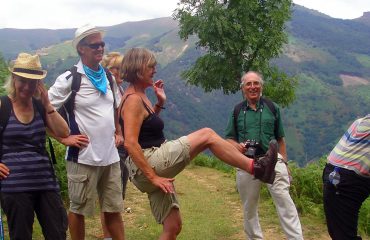 5 Ways Not to Speak Spanish in Spain

2 Comments to “ Spanish Courses in Spain – are they really necessary?”