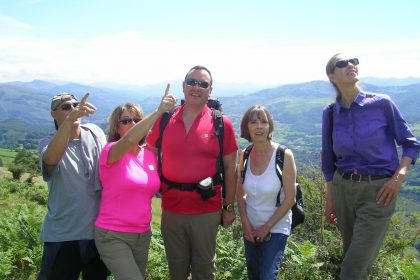 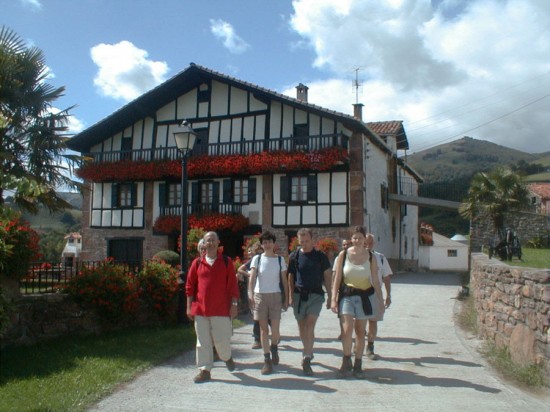 When I started our Spanish Language and Walking holidays 12 years ago the combination seemed to make good common sense! Not only would I, at least, get to do two things I loved, but the walks appeared to add another dimension to language learning all of their own.  Walking  immediately put people at their ease – they could hang back, stride forward, mix and mingle and no one was ever put on the spot to speak up unless they wanted to. On the other hand, the beautiful landscapes, the village fiestas, the beers in local bars etc. all provided endless topics of conversation and so although no one was ever put ‘on the spot’  – everybody had something to say! Conversation, naturally,  bubbled forth (mistakes and all!). Words and expressions also seemed easier to remember …‘castaño’ (chestnut) was more likely to stick in the memory archives  had you accidently sat on one over a picnic lunch,  ‘pásame el vino por favor’ if there was actually a bottle (or bota) to hand; and the expression ‘ secorro! ‘ (help!) would never be forgotten again if we really did have to send in the emergency services to rescue you 🙂 !

Science has now proven me right! A few months ago Paul, a psychology lecturer, and former Pyrenean Experience guest/friend  forwarded me an article from Scientific American Mind (July/August 2009) which shows proof that there is a powerful link between physical activity and mental acuity;  that regular exercise not only improves memory but also limits the risks of dementia and Alzheimer’s. We have long heard that puzzles, suduko and other mental gymnastics (such as the learning of  languages (nudge nudge)) are good for mental health at an older age, but now it seems that regular physical exercise, such as walking, has really positive effects too.  The report also mentioned that other factors such as getting involved in social groups and having a good network of friends also  helped to improve mental cognition.

So it seems that this fanciful idea of running Spanish Language & Walking house parties in the Pyrenees is more than a ‘off-beat’ idea … that they are actually ‘good’ for you!  Perhaps one day we will be able to get them on prescription!

(I am sure I read somewhere that a couple of glasses of wine in the evening and the odd beer at the bar at lunchtime had positive effects too … can anyone help me on that one?). 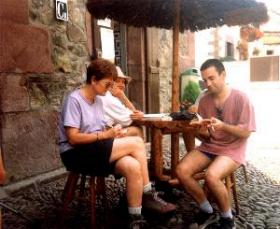 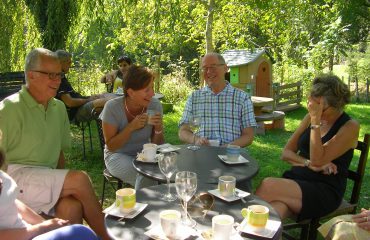 What Lozanov has to do with our Spanish house parties (and in defence of the comment ‘Mummy, your job is just like having a party!’) 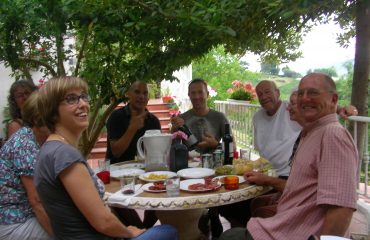 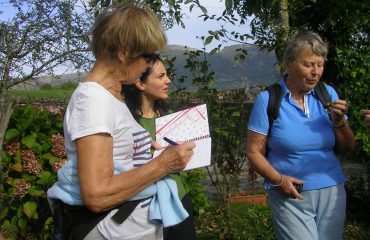