The Witches of Zugarramurdi – the scene was set! 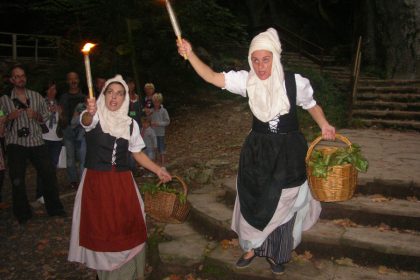 Who were the Witches of Zugarramurdi?

Zugarramurdi is a tiny bucolic Basque village nestling in the foothills of the western Pyrenees. Innocuously the name Zugarramurdi means ‘hill of elm trees’, although today it is far better known for its caves and witches than for its hills and elms.  However, this is the site of the most brutal witch hunt of the Spanish Inquisition.  In 1610, after incarceration and torture in the dungeons of Logrono, 53 people from the Zugarramurdi area were accused of witchcraft during the famous Auto de Fe.  This was the largest witch trial in history. 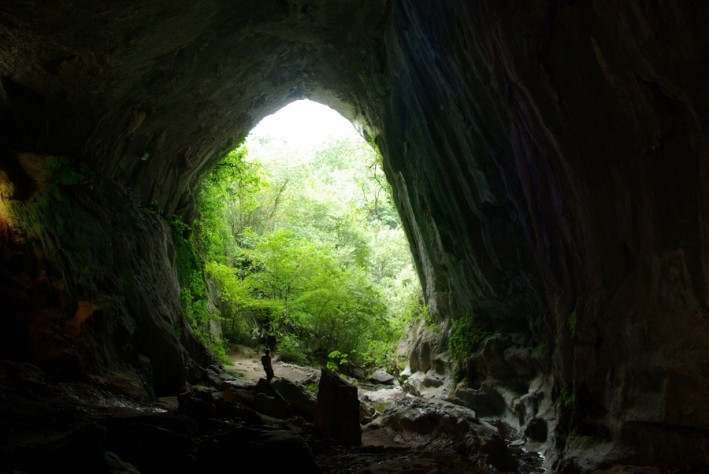 The witches caves of Zugarramurdi

The series of events which led up to the witch trials of the Inquisition are well-cited (and explained below).  However, there is a more interesting question: ‘why’ did this fate fall upon Zugarramurdi: a seemingly peaceful,  Basque village of a few hundred people, tucked away in the misty borderlands of the Spanish/French Pyrenees?

As early as 1140, Aymeric Picaud wrote the Codex Calixtinus, the first ‘tourist’ guide to the Camino de Santiago, and this gave the Basques of Navarra a pretty bad press. In it Aymeric describes them as “fierce-faced men who terrorize people with their barbarian tongues”, going on to describe the Basque people as “full of evil, dark in complexion, of aberrant appearance, wicked, treacherous, disloyal and false”. (He even went on to say that the food was awful!). Please look at an article I wrote on the Basque Code of Honour for a more balanced view!

Nevertheless it is easy to understand how pilgrims, crossing the Pyrenees for the first time from the southern French border in Labourd, would have been filled with fear. They would have found misty, heavily-wooded terrain, dotted with isolated villages full of strange, rugged, distinctive-looking people of an alien cultural background and speaking with an odd, harsh-sounding language. This sudden contrast would only serve to reinforce Picaud’s image of the Basque people.  However erroneous this may have been the image was one which would linger on throughout the centuries. 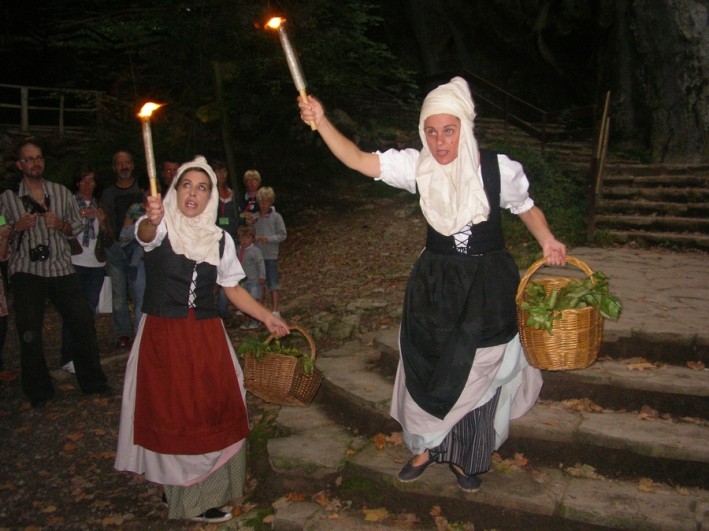 The ‘witches’ of Zugarramurdi

Other elements can be added to the scene.  Firstly, it was common practice among the locals to make remedies, creams and brews from the wide variety of plants and mushrooms found in these mountains. Secondly, in the 16th century, villages such as Zugarramurdi were predominantly female with many of the men away for months at a time working on the whaling boats along the Basque coast. Thirdly, and perhaps more tenuously, the Basques have a very high percentage of Rhesus Negative blood which caused many children to be stillborn. This would frequently lead them to being considered cursed! For some it was but a small step to imagine that the place was filled with witches and pagan worshippers.

The Witch Trials of the Spanish Inquisition

It came in the form of a young 20-year old girl returning to Zugarramurdi after several years away in France.  Not only did she tell everyone that she had participated in Akelarres (witches’ Sabbaths) but she managed to convince the villagers that another woman from Zugarramurdi, Maria de Jureteguia, had participated in them as well.  Slowly people started to accuse each other of witchcraft: it was the witches who sent the storms, killed people, ruined harvests and had sexual relationships with the devil, who appeared to them in the form of a ram.  The village priest, seeing that matters were getting out of hand, quickly and sensibly tried to put an end to it all by saying that, if people were prepared to come to church and  confess to being witches, they would be pardoned and the case would lie to rest. This may have been so had the Abbot from the Monastery of Urdax, intent on recognition, not had other ideas. He decided to send the so-called ‘witches’ of Zugarramurdi off on the over 100km trek to Logrono to ask for a formal pardon from the Spanish Inquisition itself.

This was the moment which changed the fate for this tiny, unknown, ‘village of elm trees’. Imagine the sight of a group of people arriving in the ‘sophisticated’ town of Logrono, attired in their strange mountain costumes, speaking their unintelligible language, dirty and wretched after their long journey.  And then, on arrival, for them to bang on the doors of the Spanish Inquisition to proclaim that they had once been witches and to ask for forgiveness!  Not only was forgiveness denied them but they were thrown into the dungeons, providing the Inquisition with the perfect trophy for their efforts.  Inquisitors were immediately dispatched to hunt down the witches of Zugarramurdi and to find out what ‘in hell’ was going on!

The jails slowly filled with ever more people from the Zugarramurdi area and on 7th November 1610, after fifteen months of torture, the famous witch trials of Logrono took place. Fifty-three people were accused of witchcraft and the trials were witnessed by some 30 000 people.

Twenty one penitents were dragged through the streets, bare-headed, with large wax candles in their hands, six of them with a rope around their necks to show that they were about to be flogged.  Another twenty-one people walked behind them wearing sanbenitos (a tunic worn by people who were supposed to have sinned).  At the end of the procession five people carried the effigies of those who had died in prison, together with their remains in coffins, destined to be burned.  At the end of the line came four women and two men to be burned alive for having continued to deny that they were witches.

Witch fever was counter-productive to the cause

However, the madness and witch fever sparked off by these events was slowly getting out of hand with 1000s of people being accused of witchcraft over the country.  Although the objective of the Inquisition was to cleanse the country of heretics and propagate Christianity, having swathes of a mainly-christian people accusing each other of witchcraft was counter-productive to the cause!

It was at this point that the Spanish Inquisition turned to the help of Alonso de Salazar y Frias. Alonso de Salazar visited the region of Zugarramurdi and, after 18 months of talking with the local people, came to the conclusion that the majority of the accusations were false.  He believed that it was the priests’ sermons on devils and witches that were the main reason why people believed that there were witches in their midst and concluded that the best way to put an end to witchcraft was to stop speaking about it!  With this the number of witches reduced dramatically and the witch hysteria slowly subsided.

Today there is a very interesting museum on the witches of Zugarramurdi which tells the tale and is well worth a visit. 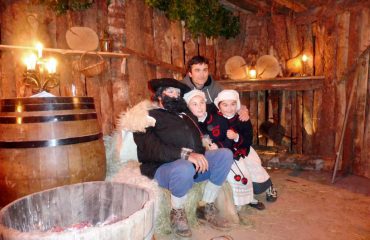 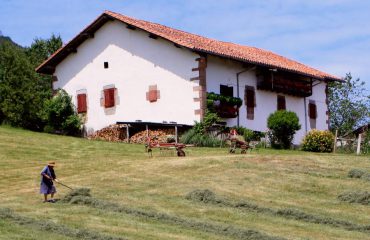 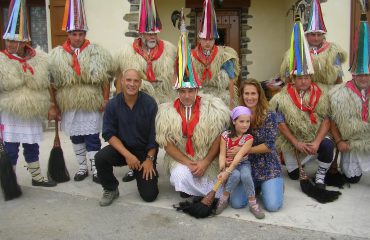