Creative Writing Retreats in the Pyrenees

Professionally facilitated writing retreats in a friendly atmosphere, run by an award-winning author, teacher and editor

Small, relaxed and supportive atmosphere with opportunities to exchange ideas with like-minded writers

An inspiring home from home - with a human touch! 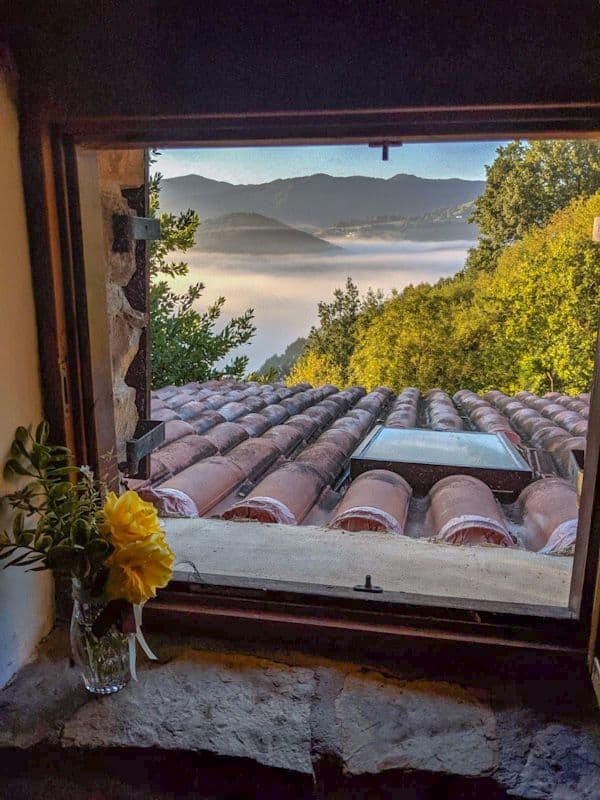 Join us at Pyrenean Experience for a creative writing retreat where you can hunker down and shake away the cobwebs, relax to the sound of the sheep bells across the valley or simply soak up the sublime views that greet you from every window in the house. 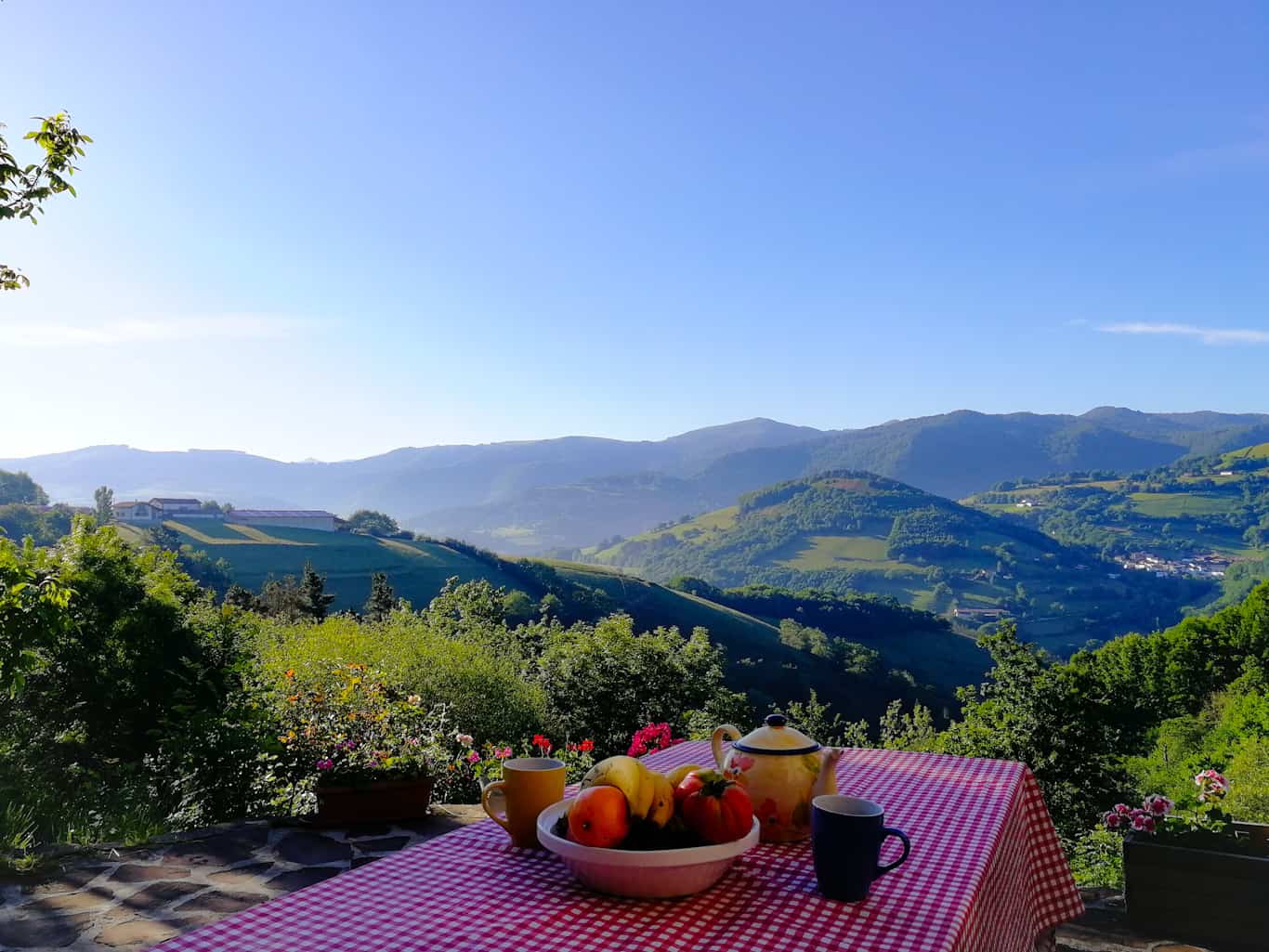 All Writers Welcome at our Creative Writing Retreat in the Pyrenees

We offer a warm welcome to all writers looking for a little head room at our beautiful farmhouse retreats in the Pyrenees. Whether you are new to writing or an established author we are here to support you. We gather each morning around the kitchen table to explore various pillars of creative writing such as voice, structure and dialogue. Guests are invited to participate in exercises designed to unleash their creativity. The rest of the day guests can enjoy the private spaces offered by our beautiful home and take advantage of the charming walks that step out from the door.

At seven each evening we come together for an informal dinner and to share the  creative processes we have explored during the day. We also share our daily writing experiences, which may include anything from roadblocks and doubts to triumphs and breakthroughs.

I feel privileged to have worked with Diana for several years. Her professional guidance and incisive thinking have been pivotal in bringing my memoir 'Life on a Basque Mountain' to fruition, and an excerpt adapted from my memoir has also already been featured in The Sunday Times.

My background as a published author, and the story of how I arrived in the Basque Pyrenees over two decades ago, with little more than a dream, a box of teabags and a Ford Escort called Fred, can be found on my biography page. Georgina Howard.

Diana Friedman is an award-winning writer whose fiction, articles and essays have appeared in numerous publications including New Letters, The Huffington Post, Newsweek, The Baltimore Sun, Bethesda Magazine and Whole Earth Review. She is the recipient of the Alexander Patterson Cappon Fiction Prize and a Pushcart Prize nomination, and her work has been selected as a finalist and short-listed at multiple presses. 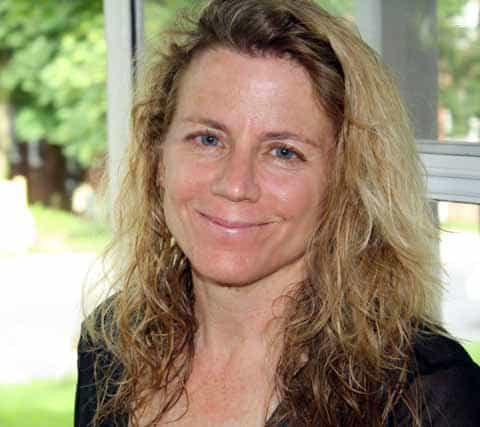 Diana is extremely passionate about teaching and working with other writers. She has taught professional writing at the University of Maryland, creative writing at Writopia Lab, and has facilitated numerous workshops for writers at all levels.

As a “midwife of sorts” for emerging artists, Diana also specializes in providing workshops for those new to the artistic process who are seeking to claim their voice. She is delighted to be joining forces with the dynamic Georgina Howard, founder of Pyrenean Experience Ltd, as together they bring a new crop of writers and writing workshops to the uniquely inspirational setting of Iaulin Borda. 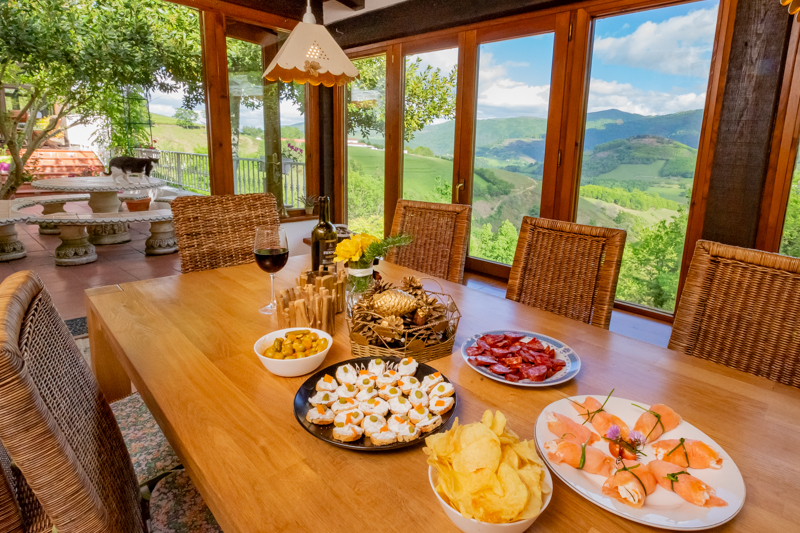 En-suite rooms with inspiring mountain views from every window. An open house and full use of living rooms, dining rooms, kitchen, log fires and flowery terraces with all sorts of creative nooks and crannies.

The kitchen is stocked with all sorts of food, coffee, teas, wine etc. for help-yourself breakfasts and light lunches. In the evening we enjoy a delicious, communal 3-course evening meal together around the kitchen table.

There are over 10 amazing circular walks from the farmhouse door many leading to small Basque villages. Detailed maps and notes are available and we are happy to show our guests some of the paths personally and tell them the stories of the area.

Each day we gather after breakfast to discuss various aspects of creative writing as well as participate in writing exercises designed to stimulate our imagination. The rest of the day is free for guests to work on their writing before we come together again at dinner time to discuss our day´s work and writing experiences. Evenings are then enjoyed listening to readings (for those who wish to share their work) and exchanging ideas and individual perspectives.

There are easy connections to the house from Bilbao airport and San Sebastian. We operate a pick up from the San Sebastian bus to our local village (Santesteban/Doneztebe) on the first and final day of our retreat. (Please consult us about times).

1250 Euros includes en-suite room, daily morning workshops, all food and wine, full use of the house & bus pick-up. This week there are NO SINGLE SUPPLEMENTS.

Book one of our Creative Retreats in the Pyrenees NOW